Skip to content
HomeKantanSkynet to Rain Down Opportunities for Linguists Worldwide

One of the wonders of the modern I.T. era is the extent to which technology has shrunken this world. I.T. has given industry a global reach that can be measured in mere nanoseconds, or less. It is a brave new world. A reality that could only have been the stuff of science fiction only a few short decades ago. For example, when I started in this industry in 1990, we neither had the internet nor email, and I am no fossil!

In 1990 I started working with a localisation company who housed its own team of translations for the FIGS languages (French, Italian, German and Spanish – for the uninitiated). Those were pretty much the main languages requested by USA and European companies for localised products. That was the focus of their market at the time. After all, it is the market that drives the demand for products in local languages. Other localisation companies used the telephone and the fax, as well as couriers to manage their workflow. It was a clunky system by comparison to today, but it worked. What suffered was speed of delivery.

The revolutionary change in workflow practices was brought about by the introduction of the internet and email. Overnight, the localisation workflow model changed. No longer was it necessary to house teams of translators. In fact, it made economic sense not to. People eat up space – space eats up money for overheads – spending money puts up costs etc. And add to that dynamic new world of digital communication streams the Cloud, the Edge, and fibre optic cable connected to super powerful computers and the world suddenly becomes very tiny.

Today, instead of sitting in an office in Dublin, London or Amsterdam a translator can be virtually anywhere and still be available for work. Ironically, translation has reverted to something of a 19th century kitchen industry work model. Most translators work from home. If they want to, they can sit on a beach and work. The important thing is they have connectivity and they deliver a quality product on time at the right price. With modern lightweight laptops (boy, where the old ones heavy!) and the seemingly ubiquitous WIFI no translator is restricted to where and when the translate.

And for those established translators it can be a lucrative business. The demand for them is high. Yet one of the banes of being a translator is the dreaded “downtime”, that period where they are waiting for a large project to arrive. While they wait it is difficult for them to take on other work unless it is small. The worst thing a translator can do is agree to do a large project and then announce at the last minute that they are no longer available. It destroys their reputation. So rather than put themselves in that position, most translators will suffer the downtime, a time when no money is being made.

Well, the good news is a new product from KantanMT.com may well make such downtime a thing of the past. The new product, which launches in October, is called KantanSkynet. The product is a “Human-Powered Machine Translation Platform”. It is a global crowd-sourcing translation platform, where anyone with a language skill can earn money. KantanSkynet lets team members improve machine translated texts in their spare time, also improving their own language skills, while working to a schedule that fits best with their lifestyle.

It is the aim KantanSkynet to provide human-powered translations to enhance MT-produced texts. Using advanced Artificial Intelligence (AI) technologies, KantanSkynet evaluates the quality of machine translated texts and routes low-rated quality texts to human translators for them to improve. These improvements are then used to fine-tune future machine translated (MT) texts, allowing the MT engines to continuously learn and so improve future work.

If you speak a foreign language, KantanSkynet will allow you to earn money by being part of this language improvement team. All you need is an internet-connected mobile device, and the KantanSkynet opportunity is ready for you to access. It’s a simple equation – the more you work, the better the language quality you provide, the more you’ll earn.

KantanSkynet also allows translators to work to their own schedule. They can work when they like, where they like and as often as they like. In doing so, they’ll improve our machine-translated texts and put their spare time to good use earning money. It is mutually beneficial.

Under this revolutionary workflow model, downtime will become a thing of the past for translators. For example, if a translator is travelling by train, they can logon and work for the duration of the journey. If they are between large projects, they can fill their time logging on and working on a KantanSkynet project. The bottom line is translators can now earn money anytime, anywhere simply by logging on and using their mobile device to improve machine-translated texts. It’s this simple: logon to a KantanSkynet-allocated account and start earning money anytime, anywhere! If you are a translator waiting for the next big project to land in your inbox don’t waste that time, use KantanSkynet to earn money in the interim.

And KantanMT will make sure that you get paid fast! – KantanSkynet will pay you as you work! There are no delays and you’re paid directly for work completed. The more you work, the higher the quality of your translation, the more you’ll get paid! It is your opportunity to be a part of the KantanSkynet translation community, providing the power and flexibility of machine translation coupled with the quality and authenticity of native language speakers like you. Get yourself an accountant and get earning. 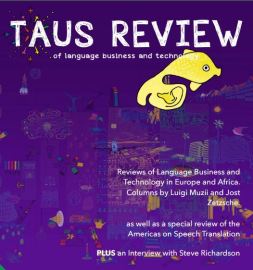 KantanMT is a trading name of Xcelerator Machine Translations Ltd.